For topics that don't quite fit anywhere else...
Post Reply
26 posts

It'd be a tie between Long Tall Sally and Revolution.

A close second would be a tie between Paul's scream/vocal track all the way through Helter Skelter and the scream/vocal chorus of Oh! Darling.
Top

That's my candidate, too.
Top

This all reminds me of something I used to wonder about as a kid. Why no George screams?

I guess maybe he tried it once and the other two laughed at him, or he was just too shy.

But then, John's screaming didn't begin until he started doing Twist And Shout according to Macca ("I used to do all the screamy stuff"). That seems to be born out by the audio record, which shows that John first started adding the odd "Oww!" around late 62/early 63 and then this slowly morphed into a longer rebel-yell sort of scream around mid-63. And after that he became a master. So maybe if George had had a go too, we might have some George screams. Who knows. Actually, who cares!

Lord Reith wrote: ↑Sun Aug 14, 2022 12:05 am Why no George screams?
I guess maybe he tried it once and the other two laughed at him, or he was just too shy.
So maybe if George had had a go too, we might have some George screams. Who knows. Actually, who cares!

I was pondering a king-sized version of that exact same question back in 1970 + 2...
The short answer is that a band should never be more than 50% screamer. America already had Johnny Winter, anyway!
But, in spite of George's reduced portions, his singing, backing vocals and harmonizing ability weighs in at a solid 33 1/3 percent of Beatles versatility. Without him, John and Paul would have to do a lot more screaming or other(?) things to competently fill that void on a Beatles grade product. Most bands don't have anyone that can create rich complimentary embellishment. Consider The Harry Georgeson Singers Contribution to My Sweet Lord, That is George alone. LUSH!!! Who needs screaming when someone has ability AND aptitude? George is deserving of a much higher percentage but Beatles math doesn't really work like that. I've never been more proud of George than I was at the beginning of Get Back! He's the first guy to the jobsite. The first to have his guitar out. He had more GOOD songs in his pocket than John and Paul combined. He didn't bring a pet, a child or a spouse/girlfriend. He has musical sensibilities that were completely complimentary of others tunes. He was never rude or insulting. He never demonstrated anything except a diplomatic work ethic. He never tortured the group with anything as bad as Teddy Boy! Et cetera.
Oh, why no George screams? Because he would have released Dark Hoarse in 1965 and that would have meant an even shorter lived label(Crapple Records)
Shiver me timbers!
KC
Top 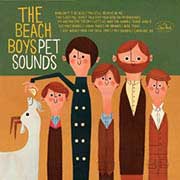