The Hoarder House Of Camberwell

For topics that don't quite fit anywhere else...
Post Reply
18 posts

greyratfromBZ wrote: ↑Wed Nov 23, 2022 4:43 pm In the podcast they say that the trucks that took away the 27 tons - was a "compress/compactor" that crushed and compacted the stuff on the spot so it could be transported away easier. So pretty much demolished on site.

Well dang. (Also, I guess I could have listened to the podcast, huh?)
Top

And one of the real "take home" messages from this whole sorry business:

This guy had actually specified in his will that he wanted all his stuff to go to other collectors. Unfortunately, he went into respite when he became ill, and during the last two weeks of his life is when his family decided to bin all his stuff - before he had died and the will had been read.

So if you do not actually spread the love around as it were while you are still on this earth... if you keep your hoarde secret and impenetrable... if you don't make it clear to other people that your piles of tapes and hard drives are actually important... then 9 times out of 10 it is all going to end in tears. We were lucky in this instance that SOME of the material was saved, although Sod's Law says that the earliest tapes were junked first by the family because they thought "that no-one would be able to play them". In the years to come it may transpire that he migrated some of the earlier recordings to later formats. But given the sheer quantity of material he recorded, we can't hope that more than a small slice of the earliest stuff might still survive.

It's really sad I think that this guy was a big Dr Who/Star Trek fan, but kept himself totally isolated from fandom. Even if he had lost material he did not want to share, he still would have had some marvelous stuff to trade with other people. This guy recorded every run of Dr Who and Star Trek when it came on tv, so there would have been a lot of continuity and interesting stuff there. For instance I would have loved to have copies of his complete 1980s run of Dr Who. If even just one other fan had known about all this, then probably all those tens of thousands of umatic tapes would now be sitting in the NFSA archive, and not crushed and splintered in a rubbish tip.

If you have something singularly rare, you should make every provision to ensure that it survives accident and sudden death. And the best way of accomplishing that is simply to tell other people that it exists.
Top

I find this story too painful to pursue other than what we've said here.

I wonder how family members can be so stupid as to discard such items – at the very least that act costs a bunch of money! Why not put out an ad and give the stuff away or make some other attempt to discern what is on hand?

And this brings us once again to the topic of our high-end Beatles tape hoarders... What are we waiting for at this point?
Top

I wonder how family members can be so stupid as to discard such items – at the very least that act costs a bunch of money! Why not put out an ad and give the stuff away or make some other attempt to discern what is on hand?

They threw away what they thought was a bunch of old rubbish in the form of cereal boxes with Star Wars stuff on them. Aron estimates that they threw $100,000 or so in the bin!

So much haste, so much destruction, so much ignorance. I've been having dreams where I'm running down the street towards the line of garbage trucks, yelling "FOR GOD'S SAKE!! STOP!!"
Top

Painful to read. I can only imagine what was on those tapes. Most people don’t realize how ephemeral television was for most of its history, and how much is still fragile. If it wasn’t for personal collections we'd be worse off. I think of all of the local programming I grew up with in Chicago and how little survives. There's a Youtube channel dedicated to scouring videotape for Chicago broadcasting history and sharing it widely.
Top

Has a similar situation to an old friend. He had tons of recordings with other bands and had loads of Beatles photographs that I haven't seen online (some full prints of the White Album Lennon alternate poses in full colour, uncropped! He had a divorce and went out of the country to live in South America. His ex wife called me to say she had huge garbage bags of his stuff if I wanted anything (it was a shock for me since I didn't know he left). I did get two box full of LPs to take home and said to her I'll come later to go through his stuff. Later that night she decided to throw all the bags in the garbage. Sad to say I haven't seen most of his photo collection online. His tapes long gone too. This happened roughly in 2002. Didn't this happened also years ago that some garbage man found the whole Beatles memorabillia in the garbage? So many lost treasures. Oh yes, also there was some lost mastertapes of Bob Dylan and Woody Guthrie that was discovered in some abandoned storage rooms.
Top

It doesn’t always end this way. Take the case of John Townsend: 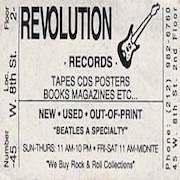 There’s a guy in NYC whose been recording shows since the late 60’s and has an apartment filled with these tapes and refuses to share them with anybody. His collection is second to none but I have no reason to believe that it’ll ever be shared with anyone which is unfortunate and it’s very likely it will suffer the same fate
Top
Post Reply
18 posts