Discuss official releases and re-issues. The only links allowed here are to the Beatles YouTube channel or other band-sanctioned platforms.
Post Reply
126 posts

Round 11 is live! Surprised Rubber Soul was out this week but that’s how it goes…
-WS

Thank you, WilliamShears!
I voted against Rubber Soul last round.
That's how good the remainders are.
It now comes down to finesse, timing, longevity, social and cultural influence...
Stuff like that.
I already know which one but I want to think about it before I vote.
KC
Top 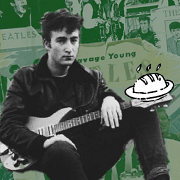 phew, I was thinking revolver was gonna win this after last vote
Beatleg Discord
https://discord.gg/YwZA3qBEFh

I'd thought long and hard way back a few months ago when I made my list. It's kinda cool to see how things are shaping up. Now it gets, like, real nasty.

If Revolver buys the farm this week, then I'll be treating myself and my wife to a nice sushi dinner. Funny thing, though....we were going to do sushi anyway. So what does this all mean, anyway, except that some fish are also gonna buy the farm.

This survey seems eerily timed so that the end result is revealed nearly in the same time frame as the release of you-know-what by you-know-who.
A little behind the scenes manipulation could very easily turn out the desired and coincidental, but not so coincidental end result. I'm talking about ixnaying Revolver votes by ixnaying accounts, presuming that that awful deed would negate enough votes to render the desired result.

What am I saying?? Perish the thought! No, WS, I'm not implying anything dastardly. Nor would anything I say here have any real consequence. Just a little stream-of-thought....You're not alone, my supervisors "love it," too. It's why they keep me around.

The enema of my enema is my Freud.

Random considerations?
1. Was the album made amidst other pressurized chaos? Or was its production the whole of their commitment at the time?
2. Was the musical content cutting edge or just a timely extrusion of product(more-of-the-same)? Did its newness prevail until it was followed up...or was it already forgotten when it was replaced?
3. Would you play it right now? Or, is there a bigger/better fish to fry?
4. Did it make any ripples across the calm waters of regional culture? (Do the ripples continue?)
5. Did the release rely on gimmicks and were they actually effective? (Klaus Voormann cover? Poster/Pix? Paul Is Dead?)
6. Did the album already realize its own relevance...or, is its content still approaching an appreciation that was heretofore not possible?
7. (And so on, and, so forth)

This is just an example of my own Beatles logic. If there is an easier method, please use it.
I already had my mind made up but, after writing this...I'm more unsure than I've ever been!
And, why do my thoughts include Beatles For Sale for ANY reason.
I shall have to get out the OED(Oxford English Dictionary) to confirm the definition of 'criteria'!
It's because one Solar Year is less than one Beatles Day...on Earth, I mean.
They made me love them...
I didn't want to do it!
I didn't want to do it!
Who has the lighter?
KC
Top

man I'm really surprised revolver made it the final round!
Beatleg Discord
https://discord.gg/YwZA3qBEFh

I'm backing the White Album even though it'll be a lost cause.
Top

The MOST clever thing about The White Album is ALL of its gimmicks made the the music secondary.
This seems to be verified by the fact that the I can actually have long discussions about the 8 1/2 minutes of 'noise' that make up the important 'track' known as 'do-I-need-to-say-its-name?' and that doesn't begin to suggest that there are even less musical ventures known as album tracks('songs') that have titles but wouldn't have been included without it(Revolution 9). But wait...there are different tracks with the same name but aren't the same track but actually ARE the same track. All of this adding to a redefining of the word 'revolution'...itself a gimmick, apparently. We've got four very beautiful VERY HIGH QUALITY non-musical portraits to somehow symbolize the four 'sides' and a slightly confusing poster that symbolizes the unified whole of the four sides...or of the once unified whole of a group or of the once unified four portraits that might be a single photo cut into four portraits...OR to symbolize the 'other side' of a lyric sheet! We have a VERY musical recording of a passenger jet...and a musical tape that belongs inside a musical instrument called a Mellotron by an artist known as its inventor. We have a subtle white printed blank cover that is pasted onto an even more blank cardboard that is NOT to be confused with yet another NUMBER blurring that isn't a 1 or a 9 or a 4 or a, ummm, it's a 2! Or, rather, it's a Two as in Two Virgins, which is NOT supposed to be confused with the 1 or the 9 or with the outtake photos/drawings from the Two Virgins cover but which were somehow included on the poster/lyric sheet. There is a picture of a naked Paul McCartney that might have been from an Linda Eastman's stolen photos that must have been a mistake or maybe it was to be a Helter Skelter reference, or, or, or a censored manifestation of Ha'Penis Is A Warm Gun from the 'Two Great Saints' quote. And, and, and there's the extra fat price tag to go white the HEAVY fat retail behemoth that was BULGING with The Beatles as seen on the front cover at lower right front cover...(the embossed part). Man, let's pool our resources and buy it anyway. I think this is the album where they were on the cover with their wives NAKED. That's why there's a white cover. They had to paste a white cover over it and if you peel off the white one, the original cover is underneath!
Thankfully, they did deliver two musical contractual obligations and a perfect platform from which a 3 album set called Get Back or Get Naked or What was it called?
REVOLVER was almost gimmicky but then, LSD was legal and still just a novel piece of journalistic cannon fodder.
Of the beginning!
Good God!
The standard dosage still requires REVOLVER to be played twice as many times...
both still have complete meltdown capabilities!
Draw your own conclusions!
BEST?
This isn't the best or worst.
This is The Beatles!
THANK YOU, WilliamShears!
KC
Top

Official Album Survivor has ended and just in time for the upcoming SDE, Revolver is the winner. Not really a surprise to most I'm sure, but an interesting experiment nonetheless.

Thanks to everyone for voting!
-WS